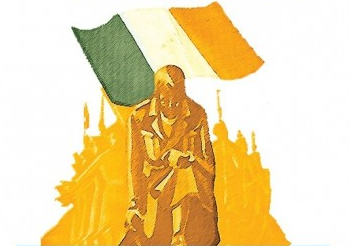 With 2012 drawing to a close, this is a summary of the most viewed new Irish Story posts of the year.

The Irish Story had over 150,000 visits in 2012. We want to thank all of our readers/listeners and wish you a Happy Christmas and New Year. See also our top posts of 2011.

5. A Stroll through Jewish Dublin

6. One Skilled Scientist is worth an Army – The Fenian dynamite campaign of 1881-85

9. The Irish War of Independence – a Brief Overview

10. To Remember or to Commemorate? Padraig Og O Ruairc on the RIC Memorial

Also popular were; Land Agitation in Achill, 1913, Commemorating the Lockout, The Easter Rising in County Wexford, The Irish Whales – Ireland’s forgotten Olympians, A Pale trip through History, The Invincibles and the Phoenix Park Killings and Casualties of the Irish Civil War in Dublin and Rathcarin, Land and Language Reform in the Irish Free State.

2. Eunan O’Halpin on the Dead of the Irish Revolution

4. Cathal Brennan talks to John Dorney about the Irish Civil War in Dublin.

5. “When Aungier Street became the Dardanelles” – Interview with James Durney

6. David Fitzpatrick on Terror in Ireland

7. A Decade of Commemorations

Thanks to all of our great contributors. Here’s hoping for another productive year in 2013.