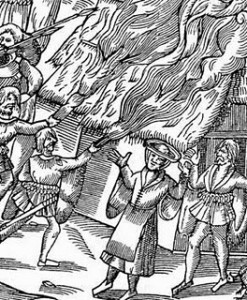 This is an interview with early modern historian Padraig Lenihan on the writing of Irish history from the 16th century down to the present day.

– How the English conquerors and colonists of  the 16th and 17th centuries wrote their history of the conquest and ‘civilising’ of Ireland.

-How interest in this period was re-awakened in the 19th century, when many manuscripts were published for the first time and when Irish nationalists looked for inspiration into the Gaelic past.

-And finally we talk about how debates over ‘revisionism’ versus the nationalist story have continued to the present day.

Padraig Lenihan teaches history at National University of Ireland, Galway. He is the author of several books on early modern Ireland including, Confederate Catholics At War, 1690, The Battle of the Boyne and Consolidating Conquest, Ireland 1603-1715.

You can listen to his previous podcasts on the Irish Story here.

For more on ‘revisionism’, see this interview with John Regan.