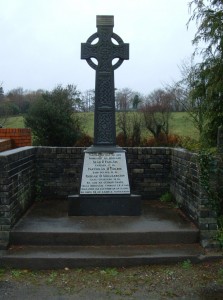 Unlike the Northern Ireland conflict (1969-98) where casualties were scrupulously counted, named and memorialised, the victims of the much more concentrated violence of the early 1920s in Ireland – traditionally serialised as the Easter Rising (1916), The War of Independence (1919-21) and the Civil War (1922-23) – were never counted.

In the aftermath, particularly of the intra-nationalist civil war, no one wanted to remember how many died, let alone who killed them. Now for the first time, a project based in Trinity College Dublin seeks to redress this gap in our knoweldge.

We talk to Eunan O’Halpin about the project, which so far has determined figures of fatal casulaties up to December 1921, discussing;

– How many were civilians?

– Which parts ofthe country had the highest death tolls?

-What kind of violence – combat, riot or assassination was most common?

Professor O’Halpin was also kind enough to provide us with a list of the figures to date, which will be published in an upcoming book, Terror in Ireland, edited by David Fitzpatrick.  A summary of the major points is as follows;

* A further 25% of the casualties are shared between four Munster counties; Limerick, Kerry, Tipperary and Clare.

Additionally, 486 people were killed in the week-long Easter Rising of 1916. Professor O’Halpin tells us that the project has yet to determine reliable figures for 1922-23 but expects the total to be higher than for 1917-21, not only because of the civil war in the south from June 1922- April 1923, but because early 1922 was the most violent period of sectarian conflict in Northern Ireland.