Cathal Brennan talks to  historian Alex O’Fhailghigh for Episode Nine of the Irish History Show on radicalism in Irish community in Scotland in the 19th and early 20th centuries.

Listen to the interview here

Irish Radicalism in Scotland Part I 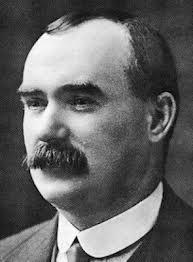 Alex talks about how Irish Catholic immigration to Scotland came disproportionately from south Ulster – an area famous or notorious for its long history of rebellion, having seen its own native ruling class dispossessed in the 17th century plantations.

This led to a tradition of egalitarian but also communal and conservative rebellion against the Protestant powers of landlord and state that Irish immigrants took with them to Scotland. In the 1798 rebellion the years leading up to it, many of these people had been influenced by the Defenders, a rural secret society and the United Irishmen. Immigration to Scotland began in the 1790s but became a flood of desperate and angry people after the Great Famine of the 1840s.

Many of the Irish in Scotland were seasonal migrants but those who stayed, mostly in the slums of cities like Glasgow and Edinburgh, initially found themselves cut off from the rest of Scottish society by their religion, in some cases by their language (Irish) and by their hostile attitude towards political authority.

Nor were they always helped by their own institutions. Irish nationalist leader Daniel O’Connell discouraged the Irish communities in Britain from taking part in the Chartist movement for universal suffrage (though it was led by an Irishman Feargus O’Connor, he had fallen out with O’Connell) and the Catholic Church forbade them from joining the emerging labour and socialist movements.

It was not until the early 20th century, Alex tells us, and the advent of Catholic socialist movement that the Irish working class in Scotland began to become integrated into mainstream Scottish politics. In some cases, though Scottish radicalism was inspired by the Irish example, notably the Highland Land League, which campaigned for the rights of tenants farmers in the Highlands much as the Irish Land League did in rural Ireland.

James Connolly, the Marxist leader in the 1916 rising came from this mileau and his intellectual influence had a profound impact on radcial politics in Ireland – if not in actual government policy – throughout the 20th century.