Happy New Year to all Irish Story readers! See below our top ten articles of 2019

With continuing uncertainly over the future of the border in Ireland, it comes as no surprise that articles on that topic featured prominently. Also topical were articles on the events of 1919 including the First Dail, the Soloheadbeg ambush, the Limerick Soviet and the assassination of Sir John French.

Honourable mentions also to a number of articles that just missed out on the top ten, including Barry Sheppard’s piece on the Eucharistic Congress of 1932, Patricia Byrne’s on  Polish philanthropist during the famine and John Dorney’s on the Norman Invasion of 1169. 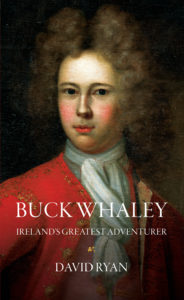 3. The Latest Release of the Military Service Pensions Collection, by John Dorney

4. The Army Mutiny and the launch of the 1924 Army Inquiry Papers, by John Dorney

6. Gearoid O Faolain, A Broad Church the Provisional IRA in the Republic of Ireland, reviewed by Gerard Madden