Happy New Year! Last year the Irish Story was visited more than 285,000 times with an average of 780 visits per day. Here are our most popular new articles and reviews of 2014. Thanks to all our readers and contributors. See last year’s list here.

1. The Tragedies of Ballyconnell, by John Dorney

3. The Easter Rising on Film, by John Dorney

4. The Eleven Years War a Brief Overview by John Dorney

8. Bushwhacked: The Loss of the Carlow Flying Column April 1921, by Daniel Murray

9.Robert Emmet, the 1803 Proclamation of Irish Independence and the Ghosts of 1798, by Maeve Casserly

10. Opinion: Remembrance and Reconciliation: Heroes in the Irish War of Independence, by Donald Masterson.

A number of articles by John Dorney,

Some good pieces by Daniel Murray,

2. Myth and the Irish State, by John Regan, reviewed by John Dorney

3. Launched: Peace After the Final Battle, the Story of the Irish Revolution, by John Dorney

5. Cromwell was Framed by Tom Reilly, reviewed by John Dorney

6. A Question of Duty, The Curragh Incident 1914, by Paul O’Brien, reviewed by John Dorney

8. War in the Shadows by Shane Kenna, reviewed by Maeve Casserly. 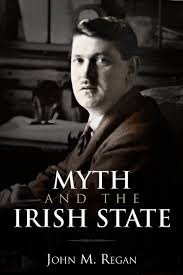 1. From Catastrophe to Baby Boom, population in early modern Ireland 1641-1741with Padraig Lenihan.

2. Dublin and Cork during the First World War, with John Borgonovo and Padraig Yeates

3. The People’s College Lecture series on the Irish Revolution