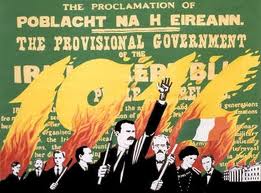 42 Responses to "The Easter Rising – A brief overview"