I’ve been fortunate enough to work with Sean McMahon as commissioning editor, while working at Mercier Press. While working with him I gained  huge appreciation for his ability to write informative and engaging pieces about nearly any aspect of history or historical characters without losing the over arching sense of their place in a larger time-frame and without dumbing it down. In this title, he shows that skill yet again in what is a useful and interesting overview of the battles that have been fought on Irish soil.

Others who have reviewed the work have pointed to some problems within the text and it is fair to say that in such a general survey, such small errors are to be expected. They never detract from the text however.

One of the charms of the book is the necessary focus on anecdotes and pen portraits of participants in the battles. These bring to life some of the conflicts, like the story of Lieutenant Bartholomew Teeling and Irishman serving in General Humbert’s French forces in September 1798 who showed immense courage yet was executed by the British after the Battle of Ballinamuck. McMahon reaches a high point if the style in the brief chapter on Knockanross when he discusses the life and times of Murrough O’Brien, Lord Inchiquin.

In terms of the spread of battles covered I would have liked if there had been some more concentration on the middle ages, but that is hardly a popular view and the clever inclusion of what are mythic battles and battles much less mythic but no less important to the mythology of Irish nationalism make this a very well rounded and enjoyable read. 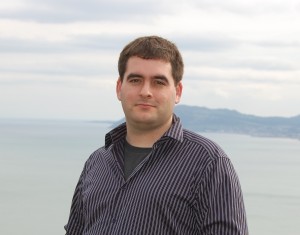 Eoin Purcell works and lives in Dublin, Ireland. He has worked as Commissioning Editor with one of Ireland’s oldest independent publishers Mercier Press and at Nonsuch Ireland (now The History Press Ireland).
He completed a masters in early modern history at University College Dublin.

He is the publisher of The Irish Story.