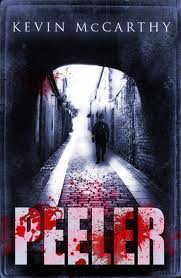 The Royal Irish Constabulary has not, for most of the last 90 years or so, had much of a good press in Ireland.

This is not that surprising. When a country gains independence, it is not likely to start celebrating the exploits of the former colonial police force. In fact, the RIC were largely written out of the story of the War of Independence altogether. Republicans even referred (and refer) to the conflict as the Tan War, a name that implies a straightforward line up between the Irish freedom fighter and the brutish, British, Black and Tans.

The reality though, as history written on the period is showing more and more, is that the brunt of the guerrilla war was borne by Irish Catholic (and frequently nationalist) Constabulary. As Sean O’Faoilean, the son of a policeman, wrote, “they had their loyalties and they stuck to them”.

A recent narrative of the War of Independence is that the period was a civil war, fought between Irishmen of rival loyalties.

So a more recently articulated narrative, eloquently argued by the late Peter Hart, was that the period was in many ways a civil war, fought between Irishmen of rival loyalties. And indeed a quick look at the police casualties in any engagement of the war immediately throws up as many Irish names as English ones.

On top of that, work by Hart and also historians such as John Borgonovo, has highlighted what people at the time knew very well, that the War of Independence was a gruesome business. Casualties were as likely to be abducted and executed in secret as killed in battle and with rival ‘squads’ of hard men stalking the fields and lanes, it was often hard to know who had actually done the killing or why.

In Peeler, his debut novel, Kevin McCarthy plunges the reader into this nightmare world of confused loyalties, suspicion and brutal violence. Sean O’Keefe is an RIC Sergeant in an isolated police barracks in west Cork in November 1920. When a young woman is murdered, mutilated and left on the hillside, the various sides of the conflict – the local RIC or ‘Peelers’ – the IRA and British agents from Dublin – all scramble to pin the blame on the other side.

Kevin McCarthy plunges the reader into this nightmare world of confused loyalties, suspicion and brutal violence

O’Keefe, a haunted veteran of Gallipoli and ‘good copper’, tries to dispense justice the old fashioned way, by finding the murderer without fear or favour, but finds himself parried at every turn by gangs of armed men with political agendas.

This is a cracking good detective story and this review will let the reader discover its twists and turns for themselves. However, from a historical perspective, what is satisfying about this novel is its attempt to portray the complexity and multi-layered nature of the conflict.

The RIC find themselves cast in the role of imperial oppressors and mention of their repressive role in the Land War tells us why this might have been so – even before the onset of the IRA’s campaign. On the other hand, they see themselves as slightly mystified policemen trying to behave as if there were not a low intensity war on.

McCarthy’s portrayal of the ‘old’ RIC as innocents might be a little exaggerated – recent research shows how many of them – just as much as the Auxiliaries or Black and Tans – got involved in reprisal assassinations of republicans. However the picture of a rank and file with little love for their Anglo-Irish superiors and a growing hatred of the republican guerrillas rings true.

Another interesting, though mainly unspoken, theme in the book is how class implicitly determined peoples’ experience of the war. The backstreets of Cork city and the small farms are instinctively republican; the upper classes, ‘The Major’ and the factory owner, are automatic loyalists. Gunmen prowl the poorer areas but the middle class neighbourhoods escape relatively unaffected.

What is satisfying about this novel is its attempt to portray the complexity and multi-layered nature of the conflict.

The IRA is portrayed as a brutally pragmatic organisation. People get shot casually, just to get them out of the way. The local intelligence officer remarks towards the end of the book that one of the most difficult things about fighting a guerrilla campaign will be reigning in their own gunmen when it is over. Similarly, the local Sinn Fein representative is portrayed as a cynical careerist who jumped on board the republican bandwagon when he saw it was going to win.

Similarly there is also a note of trepidation about the kind of Ireland the revolutionaries –‘very puritanical a lot of them’, might found. One character, a flamboyantly gay war veteran, speaks of his fear of a country run by ‘gunmen and priests’.

This idea, that the Irish state’s foundation was as much a victory for stultifying reactionary social forces as for national independence can also be found in, for example, Roddy Doyle’s A Star Called Henry, another representation of the IRA at war.

It is interesting that a considerable number of modern Irish novelists, looking back on the 20th century, tend to express an air of disappointment and disillusion at Irish independence. It may be that this is an inevitable reaction to the twin mythologies of Catholicism and ‘official’ nationalism which until the last three decades or so, held ideological sway in the south of Ireland but which in recent years have been increasingly laid aside.

On his blog, Kevin McCarthy writes that he intends to continue the story of Sean O’Keefe, started in Peeler, throughout the revolutionary period. If he handles the tortuous and bloodstained years of guerrilla war, Treaty and civil war as richly and with such a vivid grasp of time and place as Peeler, it is something this reviewer will look forward to greatly.

Peeler is available in all good bookshops and on Amazon here http://www.amazon.co.uk/Peeler-Kevin-McCarthy/dp/1856356590

Read another review, by Henry McDonald in the Belfast Telegraph, here http://crimealwayspays.blogspot.com/2010/07/peeling-back-layers.html