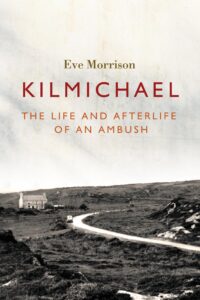 Commemorating the west Cork IRA ambush of 28 November 1920, John F. Hourihane’s famous ballad implored republicans to ‘forget not the boys of Kilmichael, who feared not the might of the foe’. Hourihane could hardly have anticipated the bitter controversies which would engulf historians of the ambush some eight decades later.

As Eve Morrison demonstrates in her new book on this exceptionally contentious ambush, Peter Hart’s The IRA and its enemies (1998) sparked extraordinary history wars surrounding the attack and the wider IRA campaign. Before his untimely death in 2010, Hart produced a series of essays and books which asserted sectarian motivations in the republican movement in County Cork. As part of his explosive critique, Hart’s account of Kilmichael contradicted IRA commander Tom Barry’s version of events.

Seventeen Auxiliaries and three IRA Volunteers died in the action at Kilmichael on November 28, 1920.

In his bestselling memoir Guerrilla days in Ireland (1949), Barry claimed that the Auxiliaries staged a false surrender before firing upon IRA volunteers. Republicans therefore had no option, Barry maintained, but to fight to the finish. Some seventeen British Auxiliaries and three IRA men died. Kilmichael represented the crown forces’ greatest single loss of life during the War of Independence.

Rejecting Barry’s account, Hart’s iconoclastic book drew upon anonymised interviews with republican veterans. Hart asserted that the Auxiliaries had surrendered genuinely, but Barry’s men had ruthlessly executed them in a ‘massacre’. 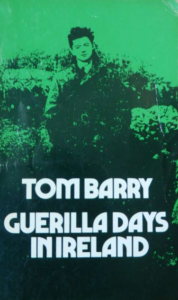 After Hart’s book was published, the ensuing controversy provoked considerable acrimony among historians, commentators, politicians, and veterans’ relations alike. As a lightning rod to wider debates about the methods and motivations of Ireland’s revolutionary generation, the Kilmichael controversy became a veritable cause célèbre of Irish historiography.

Synthesising her vast research on early twentieth-century Irish republicanism, Eve Morrison is well-placed to offer a synoptic account of the ambush and its contested legacies. Combining comprehensive reading of the Bureau of Military History’s (BMH) 1,773 witness statements, and a thorough trawl of republicans’ oral and written accounts, Morrison offers a multifaceted analysis. Interweaving disputes about the ambush throughout the political history of twentieth-century Ireland, Kilmichael situates the controversy in perennial reassessments of the revolutionary period.

The book’s opening chapters orient the reader in a decisive moment of the Anglo-Irish War, when republican guerrillas corroded the British government’s bombast. Just three weeks before the ambush, Prime Minister David Lloyd George told the Lord Mayor’s banquet that his government had ‘murder by the throat’. But within a year, with a truce agreed, the Liberal leader was proposing a negotiated settlement with the IRA.

Within months of Deasy’s death in 1974, Barry furiously published what he called ‘refutations’ and ‘corrections’ of Deasy’s history of the Third West Cork Brigade. In the subsequent claim and counter-claim, Deasy’s brother-in-law, Charlie O’Donoghue, coordinated fourteen veterans who signed a public letter dissociating themselves from Barry’s position. As Morrison shows, Barry modified his retellings of the ambush slightly throughout his long life. But the prickly, enigmatic commander maintained his central assertion: the Auxiliaries’ false surrender forced him to take no prisoners.

Morrison’s assessment of the attack evidences her striking command of detail. But the book’s most compelling chapters are those which examine how Kilmichael has been embroidered into competing narratives of the republican tradition. Disputes surrounding the course of events in west Cork illuminate the wider difficulties and dilemmas of defining a foundational story in independent Ireland. Arriving as it does at the difficult conclusion of Ireland’s ‘decade of centenaries’ – a century after the internecine Civil War which divided erstwhile republican comrades – Morrison’s book is especially timely.

In the last two decades, the acrimony pervading the Kilmichael debate has stemmed in large part from accusations that Hart distorted or fabricated evidence. Meda Ryan and Brian P. Murphy, for instance, intimated that Hart uncritically accepted a forged report as an authentic republican admission that the Auxiliaries had surrendered in good faith.

Hart’s critics further asserted that he had falsely claimed to have interviewed veteran Ned Young at a date after Young’s death (Morrison points out that Hart’s interview with Young in fact predated the latter’s death by more than a year). Conversely, Morrison challenges Ryan’s use of ‘second-hand or otherwise problematic’ evidence attesting Barry’s false surrender.

Morrison’s analyses of BMH statements, and Father John Chisholm’s (1922-2014) recorded interviews with west Cork republicans, are central to her challenge to Barry’s claims that the Auxiliaries surrendered falsely and fought to the finish.

Dating from 1969, Chisholm’s interviews with Kilmichael veterans originated in his role as Deasy’s research assistant during the preparation of Towards Ireland free. A biblical scholar and philosophy lecturer, Chisholm interviewed more than thirty Old IRA volunteers. Chisholm granted Morrison access to the recordings, which are now publicly available in Trinity College Dublin’s Manuscript Department.

Scrutinising these veterans’ testimonies, Morrison highlights several striking departures from Barry’s version of events. While taking into account her sources’ peculiarities – Chisholm’s interviewing technique, for example, was rather idiosyncratic and interruptive – she draws out harrowing accounts of a brutal episode in the war.

In their BMH witness statements, for example, Kilmichael veterans Jack Hennessy and Tim Keohane said that volunteers had stood up not because they noticed Auxiliaries surrendering, but because Barry ordered them to. Jack O’Sullivan and Ned Young both told Chisholm that Auxiliaries were beaten or shot with their hands in the air. According to O’Sullivan, Barry told him to ‘finish’ an Auxiliary who was lying wounded.

Morrison makes no grandiose claims to establish indisputably the events of 28 November 1920. It is ‘impossible’, Morrison concludes, ‘to know exactly what happened at Kilmichael’. But there is ‘very little evidence’, she avers, ‘to support key elements’ in Barry’s Guerrilla days account. Adducing witness statements and oral testimonies, Morrison notes how several veterans disputed, often seemingly unwillingly, Barry’s claims of the Auxiliaries surrendering falsely.

Republicans, Morrison argues, ‘wanted’ to believe in the ‘false surrender… not the chaotic, merciless event that much of the veterans’ testimony describes’.

Republicans, Morrison argues, ‘wanted’ to believe in the ‘false surrender… not the chaotic, merciless event that much of the veterans’ testimony describes’. Morrison’s intensive, cross-referential reading of activist memoir and testimony is essential to appreciating the lack of consensus both over the events at Kilmichael and their wider ramifications.

Projecting her ‘reasoned inquiry and honest disputation’, Morrison seeks to transcend the ‘toxic… revisionist-anti-revisionist’ theoretical binary which has, for many, defined much twentieth-century Irish historiography. To the extent that Kilmichael reconstructs the ambush itself, its challenge to Barry’s later version of events is certainly handled in an impartial, even-handed spirit. Morrison’s forensic comparisons of contrasting accounts prompts fascinating broader questions, which the author might have addressed more explicitly.

Why, for example, have fidelity or opposition to Barry, and the minutiae of this particular attack, proven so uniquely sensitive? The ‘Peter Hart affair’ surely reveals as much about the enduringly controversial concepts of nationhood, independence, and sovereignty in contemporary Ireland, as it does about the military methods of Barry’s fabled flying column.

Kilmichael represents a valuable and cogent demonstration of how the study of contested memory, in its complexity and contingency, has invigorated Irish historiography. At the conclusion of the decade of centenaries, this book reinforces how analysing contrasting retrospectives of the revolutionary decade enriches and enhances our understanding of difficult pasts. Eve Morrison’s book deserves a wide readership, spanning those concerned not only with what happened in west Cork a century ago, but with evaluating the disputed legacies of the Irish revolution.

6 Responses to "Book Review: Kilmichael: the life and afterlife of an ambush"