This year, 2018 is the centenary of one of the most important years of modern Irish history, 1918. The Irish Story is proud to present, in association with the People’s College a series of four talks in commemoration of that momentous year.

No Conscription! Stand United! The anti-Conscription campaign of 1918

In April 1918, with the German Spring offensive threatening to bring them to defeat in the Great War, the British government extended compulsory military service to Ireland. This sparked off a storm of protest that developed into a national movement. Half a million people signed a pledge to resist conscription, the Labour movement called a general strike and the Volunteers prepared for ‘ruthless warfare’. Conscription was abandoned.

The movement, led by Sinn Fein, transformed the rebels of 1916 into leaders of a mass movement It marked the rejection by the Irish public of membership in the British Empire and may have been the beginning of the end of British rule. 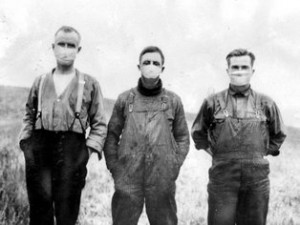 The disease, believed to have been carried home by returning soldiers from the Great War, killed old and young, male and female, nationalist and unionist. It also impacted on campaigning for the seminal election of December 1918 and imperilled the lives of political prisoners held by the British during its course. 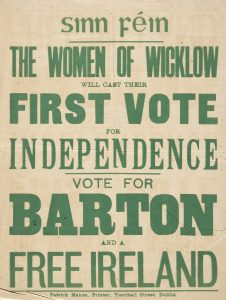 Women first received the right to vote in Ireland in the election of December 1918. It was the culmination of decades of struggle by suffrage activists. In Ireland they elected the first female Member of Parliament, Constance Markievicz, who went on to serve as a minister in the First Dail.

But in Ireland also, there was a militant republican women’s movement, Cumann na mBan, who saw women’s liberation and national liberation as the same cause. Here Mary McAuliffe will talk about women’s suffrage and 1918.

Birth of A Republic – Sinn Fein and the election of 1918 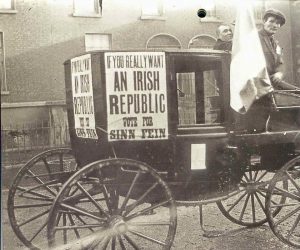 In December 1918, Sinn Fein won a crushing election victory, taking 70 out of 110 seats in Ireland. They were the party that celebrated the legacy of the 1916 Rising, who had done most to oppose conscription and who campaigned on a platform of Irish independence. They vowed that if they won the election they would declare an Irish Republic that, in January 1919, is just what they did.

Here Brian Hanley will discuss this historic election. Was it a referendum on Irish independence? The birth of Irish democracy? Or a slide towards extremist and civil conflict?

All talks will be at 6:30 pm at the Teachers’ Club, Parnell Square.

The People’s College Series 2014 on the Irish Revolution.

Ireland in a World of Revolution, 2017 talks.