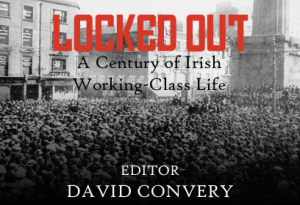 There was a time when the idea that Ireland was ‘classless’ was widely held to be true. This is a sentiment that was commonplace in the childhood of this reviewer. Even then, in the 1980s and 90s, it was quite clearly not true.

In Dublin the rich and the poor lived in quite segregated areas, spoke with accents so distinct they were almost unintelligible to each other at times, went to different schools and even played different sports. In the housing estates at the western and northern fringes of the city at that time, unemployment rates were massive and a heroin epidemic had made areas of the inner city no-go zones even for the police.

Perhaps it was the insistence of the state’s nationalist ideology that there were no meaningful sub-categories of the Irish people or the fact that Ireland did not have class-based politics that made it possible to argue that Ireland was egalitarian. But it was not, neither in rural Ireland nor in urban.

An anecdote once told to me illustrates the point. In County Tipperary at some time in the early 1960s, a labouring family sought out a doctor for an emergency in the middle of the night. The Doctor, roused from his bed called out, ‘are ye farmers?’.  When answered in the negative – finding out that they would not be able to pay him, in other words – he shut the door in their faces. The reality throughout much of the twentieth century in Ireland was that only mass emigration kept social discontent under wraps.

What this book,  a compilation of essays on twentieth century Irish social history, edited by David Convery, shows is the not at all surprising fact that none of this new. Ireland has long been unequal, stratified and obsessed with expressing one’s social status.

There is a conceptual problem here, however. Class as most Irish people understand it is a status, a cultural marker as well as a set of economic interests. This is partly because Ireland never had a very large classic industrial working class but also because the classical Marxian theory of class never fully described the social reality.

Is ‘class’ a culture or a set of economic interests?

So for instance, the workers involved in the 1913 Lockout, from which this book takes its title were clearly an economic class, fighting for higher wages and union recognition, as were the agricultural labourers fighting against wage reductions in 1923, or the Belfast factory workers striking despite wartime restrictions in 1942 (covered in a chapter here by Christopher Loughlin). They may also have identified culturally as ‘working class’ but this was secondary to their struggles.

But on the other hand, the Cork women textile workers, whose thoughts are relayed in a fascinating chapter by Liam Cullinane, identified themselves more by their neighbourhood than their workplace, by their accent and by the resentment they felt at school towards ‘brainboxes’, whom they felt  got preferential treatment. Similarly, when Michael Pierse writes about the social impact of modern reality television such as ‘Tallafornia’ in chapter 12, it is clearly the cultural and status meaning of class which he is talking about.

The problem is that ideas of class conflict, labour organisation and left-wing politics are clearly central to the first definition but they have little enough to do with the second. The Cork textile workers described above for instance were devout Catholics, ‘reluctant trade unionists’ and never used the term ‘working class’ to talk about themselves. So this book, like most compilations in fact, could have done with a chapter clearing up definitions and framing the meaning of ‘class’ as a concept.

That said, what do we learn from this book? Conor McCabe, in an engaging chapter on the start of the 1913 Lockout argues that the strike was a culmination of a battle long in the offing between the employing class and the newly unionised workers organised by Jim Larkin and the ITGWU. This was battle, he argues not only for money but for power – who could make the decisions about workers’ pay and conditions.

James Curry in a chapter on Andrew Patrick Wilson, a contributor to Larkin’s newspaper The Irish Worker, shows the violent, outraged rhetoric used to describe William Martin Murphy – ‘exploiter’, ‘murderer’, ‘tyrant’ – which shows how bitter visceral was the class conflict of that time.

David Convery traces how the Lockout was remembered and commemorated, while Fiona McAuliffe tells of how the unions recovered from their defeat in 1913 by 1918 and played a central part, by way of a general strike, in the anti-conscription campaign of that year. McAuliffe also concludes however that the Conscription crisis was a missed opportunity for women workers, who signed a pledge not take the jobs of conscripted men.

Donal Fallon takes us through the moral panic over the Animal Gangs – apparently originally a derogatory name for the newsboys in the 1930s dispute with the IRA, but later a generic name for violent working class inner city gangs in Dublin throughout the 1940s and 50s. Sarah Anne Buckley recounts the dubious participation of the National Society for the Prevention of Cruelty to Children in the confinement of poor children in Industrial Schools where, even then it was clear that many were subjected to violent or sexual abuse.

Meanwhile chapters by Sara Goek on Irish immigrants in postwar Britain and Alan Noonan on James Larkin’s reception in Butte Montana tell of the experiences of Irish workers abroad.  David Toms in a look at inter-factory football leagues (primarily soccer with some GAA) in Waterford and Limerick shows how the workplace could also be a social setting.

Like most compilations this is only a taste of research on the subject of class in Ireland rather than a definitive text. But it is still well worth picking up for the original and varied content.

One area, for instance which could do with more research in the future are the slum clearance projects from the 1920s onwards, but especially from the 1960s. Most Irish cities are now ringed with concrete public  housing estates constructed in this period.  Archive research might track the theory and practice of these projects, so central to modern working class experience (as for instance did Rhona McCord here on The Irish Story for Marino) and also how direct state provision of housing virtually disappeared in the 1990s to be replaced by ‘public private partnerships’.

Sociological research might look at the formation of identities around the estates, why one was considered ‘rougher’, why some developed well while others fell into being centres of social problems.

Oddly enough, as Ireland has got richer, though not more equal, in the last two decades the idea that it has no class distinctions seems to have faded. Pop cultural references such as for instance, ‘Paths to Freedom’ and the ‘Ross O’Carroll Kelly’ series, have as their whole punchline social distinctions and status anxiety. Open rather than disguised celebration of social snobbery is probably not a good thing, but honesty about social division in the past and the present is necessary if we are really to understand either.

5 Responses to "Book Review: Locked Out – A Century of Irish Working Class Life"