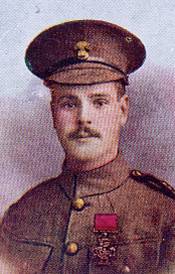 John Dennehy looks at the impact of one man on Irish life during World War One.

The British assault on the Turks at Gallipoli peninsula received substantial press coverage in Ireland from the outset, but by the late summer of 1915 the initial touristy reports of the Allied operation had given way to more somber and graphic accounts of the invasion. Once news of the high casualty rates reached the country in mid-August, newspapers were filled with photographs of dead, wounded and missing officers, usually with a pen portrait that included information about their family, their peacetime career and — in guarded detail — the manner of their demise.1

Much of the information in Tipperary came from letters or interviews with soldiers — much of it still uncensored. Private Lewis, of the Royal Irish Regiment, from Albert Street in Clonmel, was wounded by shrapnel in the knee. He wrote from a Cairo hospital: ‘The wound in the right knee is bad. I had a narrow shave of being killed. I well remember the flight, nothing but shell, shot and bombs flying about us. It was like hell upon earth.’2

Another letter from a Royal Irish Regiment officer said the situation was badly handled by the military: ‘The Irish are always at the front. Whatever is on they say “Send the Irish; they are the boys to get the Turks on the run”. No one knows what we went through, only we who were there. We suffered much and were badly handled. But it’s all coming out now. We were four to five days without a drink.’3

Such reports were not likely to engender hopes of a swift war or encourage anyone into joining the army. But for the authorities, and their attempts to secure more recruits in Tipperary, one man provided the ideal antidote to such press. James Somers was born in Belturbet, County Cavan, but with his family had come to live in Cloughjordan some years before the war. He enlisted in the Inniskilling Fusiliers in 1912 and was posted to France as part of the British Expeditionary Force at the outbreak of war. Sgt Somers was injured during the retreat from Mons and spent Christmas 1914 at home in Tipperary.

The following April, the Inniskillings formed part of the first assault force on the Dardanelles. Somers won the Victoria Cross, the highest military decoration for valour, at the start of July. The 31-year-old held a trench in the face of severe enemy fire. In a letter to his father he described how he won it: ‘I beat Turks out of our trench single handed and had four awful hours at night. The Turks swarmed in from all roads, but I gave them a rough time of it, still holding the trench. It is certain sure we are beating the Turks alright. In the trench I came out of it was shocking to see the dead. There lay about 3,000 Turks in front of our trench and the smell was absolutely chronic. You know when the sun has been shining on those bodies for three or four days it makes a horrible smell. A person would not mind if it was possible to bury them. But no, you dare not put your nose outside the trench, for if you did you would be a dead man.’4

When the news filtered through to Tipperary, the local council at Borrisokane passed a resolution congratulating their ‘hero’ Sergeant James Somers.5 Back at Cloughjordan railway station a few days later Somers was greeted by the lord lieutenant for Tipperary Lord Dunalley (a prominent member of the local gentry), recruiting sergeants, the Irish National Volunteer Brass Band, a number of military officers and other low-level officials.

Dunalley chaired a meeting in honour of Somers but the tone soon turned from warm praise to strident appeals for more recruits. A Captain Lefroy urged more people from the town to try and win the same distinction, but ‘at any rate, they could go out and help those already gone’.6 Another local landowner, a Mr B B Trench Loughton, said they were all proud of Somers, but they hoped it would not be the town’s last: ‘This was the first Victoria Cross which had come to Tipperary in this war and he hoped it would not be the last. Only for the action of the gallant boys in khaki and navy blue they would be without a home. Their action had preserved the honour of their women.’

The Irish Times got in on the act, announcing that a special ‘monster meeting’ would be held in October in honour of Somers.8 This ceremony was widely reported in the national press and several photographs were carried in the October edition of the Irish Life magazine. But just as the previous reception had swiftly turned into a quasi recruiting meeting so too this ‘great welcome’, as the Irish Times described it, provided a cynical excuse to exploit the pomp and prestige of the Victoria Cross win to urge more local enlistments. The Royal Irish Regiment band played before and on the platform included Major General Lovick Friend, commander of the forces in Ireland, the Royal Irish Constabulary county inspector, the editor of the Nenagh Guardian newspaper, Dunalley, deputy lieutenants, colonels, reverends, church curates and local officials. Somers was presented with a cheque and war loan stock worth £240.9 Speeches were made lauding Somers, how through his action he had won glory for the county and justified hope that a new Ireland would evolve from the war. The same speeches, however, also called for more recruits. Friend told the crowd that they simply did not understand there was a war going on. Ireland was at peace, he said, ‘yet some few hundred miles away shot and shells were flying and men were falling by the hundred’.10 Friend said many more Tipperary men could win the VC: ‘There were many amongst the audience who were as brave and who might also, if they joined the colours, receive such a distinction.’11

Trench said the money raised was a ‘spontaneous ebullition of admiration’ but quickly criticised those who he saw as frustrating recruiting efforts in the area — ‘pro-Germans’: ‘He did not know what these people meant, because if they wanted an instance of German rule they had only to look at Prussian Poland where the Polish people could not have an acre of land in their own name. In Poland, everything was under the rule of the military caste. The brutality of the Germans was passed credulity, but it was part of their doctrine of blood and iron.’12

Trench also paid tribute to South Africa and he asked the crowd could Ireland ‘stand by’ while the colonies sent men?13

Reverend Richard Bourke, the church curate at Cloughjordan, told the meeting that the ‘bravest and best of the village’ were fighting in the war and Cloughjordan would play a noble part in the future: ‘Her sons have sunk their steel into the craven hearts of those that would ravage our homes and outrage humanity and Tipperary, always a hater of the bully and the tyrant, knows she is up against the greatest tyrant that ever disgraced humanity… [Somers] has given those at home an example that ought to serve them and to show them what Tipperary men can do.’14

Somers did not say much at the reception apart from stating he had just done his duty and also paying tribute to Irish regiments in the field. But after receiving his VC from King George V about a week later Somers actively participated in the recruiting campaigns in Northern Ireland. On 18 October he visited a police court and a football game at Grosvenor Park between Glentoran and Distillery to call for recruits. He told the crowd: ‘That’s the place for you boys [the recruiting office], and then the battlefield and if you have to die on the field of honour you will die a glorious death for your country, for freedom and liberty.’ The following day at a Belfast Rotary Club meeting Somers said he had come straight from London to Belfast to help with the recruiting campaign but regretted his appeals had not met with much success.

It is unclear why Somers did not speak out on recruiting in Tipperary when so many other soldiers had been doing just that. And especially so considering his appeals in the north. But what was undoubtedly clear in 1915 was the authorities’ desire to exploit his VC win to benefit recruiting. The tradition of military service was strong in the county. And this was bolstered by the presence of so many garrisons, anchored by the Royal Irish Regiment depot at Clonmel. This gave the army a high-profile with troop marches, parades, and even military funerals representing a pomp and glamour that was an attractive alternative to the mundane drudgery of provincial life. There is no evidence, however, to suggest any spike in enlistments due to Somers. But undoubtedly some saw the military as a way to escape from their current situations and to witness a local man like James Somers feted by people in positions of power would not have damaged recruiting efforts.

Somers died at Cloughjordan in May 1918. According to the press he was gassed in France and died at home of lung trouble. But there are some reports that his family claimed prior to his death he had returned to Ireland as a military instructor and suffered severe lung damage from a leaking gas canister while demonstrating its use at Tipperary town barracks. His coffin passed through the town on a gun carriage and draped in a Union Jack led by a pipe band of the Cameron Highlanders and a firing party from the same regiment. All the businesses in Cloughjordan closed and blinds were drawn as the cortege passed through the village. Buried at Modreeny cemetery his gravestone simply states: ‘He stood and defended. The lord wrought a great wonder.’

John Dennehy is a freelance historian and journalist working out of Dublin. In 2010, he completed a doctorate on Ireland and the First World War at University College Cork.

4Nationalist, 28 Aug. and 1 Sept. 1915. Somers’s brother Albert had joined the Royal Irish Cadet Corps during the Jorgensen campaign in early 1915. Somers was by that stage a sergeant.

8 Irish Times, 30 Aug. 1915. The paper reported Sergeant Somers (then a private) was badly wounded at Mons and only returned to active service to be sent to the Dardanelles.

13 Trench thanked the press, curiously enough. Nenagh Guardian, 9 Oct. 1915. Trench finished off by quoting John Redmond: ‘This is a war in which every Irishman must take his part. If Irishmen stand at one side and say this war does not concern them they will go down to posterity with contempt and dishonoured.’

14 Nationalist, 3 Sept. 1915. The same edition also gives an account of Oscar Hennessey, King’s Liverpool Regiment, who was recommended for the DCM. This piece on Somers is about half a broadsheet page.