Eoin Purcell, The Irish Story Publisher, had an email Q&A with author and historian of the Easter Rising, Paul O’Brien. O’Brien’s two published books, Blood On The Streets: 1916 and the Battle for Mount Street Bridge and Uncommon Valour: 1916 and the Battle for the South Dublin Union, deal with specific aspects of the 1916 Rising mainly focused on the military history aspects. He encourages Dubliners to get up, explore the city and see the positions the men of 1916 fought in to get a sense of how they experienced it.

1) When people talk about the 1916 Rising there is a sense that the overall strategy was bad and that the leadership didn’t have much of an idea of how to fight. Do you think that’s fair?

That is what many people believe but in fact it is very far from the truth. The overall strategy of the Rising was well planned and its leaders were competent in their duties. Sir Matthew Nathan of the British administration says that, ‘Apart from its general ultimate futility, the conduct of the insurrection showed great organisational ability and more military skill than has been attributed to the Volunteers’.

The military strategy of the Rising has been contributed to Joseph Plunkett and James Connolly, though there is no definite proof that they alone planned the weeks events. The commanders appointed to each battalion were competent in their duties and carried out their orders to the letter. Just look at the successes such as Mount Street, the Four Courts, Ashbourne and the South Dublin Union to name but a few. Remember these men and women were fighting one of the largest empires in the world.

Though there were many writers and poets in the leadership of the Rising, there were also those that had studied and were trained in military tactics. Route marches and target practice as well as military manoeuvres in Finglas were a normal weekend for an Irish Volunteer in the months leading to the Rising.

The military aspects of the Rising has often been overlooked in favour of the political intrigue before and after the insurrection. Many people also concentrate on the leaders with many biographies written and more on the way. Many people fail to walk the battlefields of Dublin city and fail to see how well the Volunters performed during the week of fighting. Get up and get out and have a look around Dublin city. See the positions, study the battle and see how well they were located and you will never pay heed to a statement like that again. 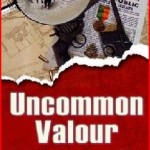 2) You’ve written two books on the Rising now, with a third on the way, what has struck you most forcefully about the Rebels and how they fought during the Easter Rising?

They all fought with a passion. They were Volunteers and they believed in what they were fighting for. Today many people lack passion and the belief in a person or organisation. With current political upheaval in Ireland it has shown that the majority of the population were willing to sit back and let it all happen. In reading the witness statements and the details of the battles there is an honesty and integrity that I believe we all have, yet we have all let it slip in the last few years. The Volunteers believed in their country and its right to freedom, a freedom that thanks to them and many others we all enjoy today.

3) The British Forces during the Rising also did some foolish things,I’m thinking about their advance across Mount Street bridge in the face of heavy fire, was urban fighting something they were trained and prepared for, or was it something new to them?

Yes, the British really did some foolish things during the Rising. N.c.o.’s were not permitted to think for themselves so they waited for orders from their officers. Many of the officers at Mount Street were either killed or wounded and so the ordinary Tommy was left waiting to know what to do next.

British officers also had been conditioned for the Western Front and trench warfare was very different than the leafy suburbs of Ballsbridge. Urban warfare was and still is a new and very unusual type of warfare. The Irish Volunteers were better conditioned than the British infantry they found themselves up against. Fighting in such close quarters is really nerve wrecking. Just look at the current situation in Lybia where most of the fighting is centred around towns and cities.

The Volunteers had trained for urban combat and this can be seen in how they secured and defended their posts. In my next book Crossfire: The Battle of the Four Courts & North King Street, the British forces adjust rapidly to their situation employing new tactics such as marching fire and the use of armoured personnel carriers to break the Irish defences. 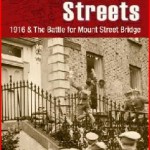 4) What lessons were learned by both sides from the fighting over the days of the Rising?

The British used a lot of new tactics and learned a lot during the Rising. The use of artillery also contributed greatly to the retaking of the city.

Even today British forces practice in killing rooms when they train. Its nerve wracking to watch and it really uses up huge amounts of energy.
Clearing buildings and fighting from house to house is still in its infancy nearly a hundred years after the 1916 Rising. The Paris commune is possibly the largest and first battle of this type and taught the French government to widen its streets for easy access for its military in order to put down and control any threats that might arise in the future.

The Irish Volunteers surrendered on orders from Pearse. While imprisoned they once again commenced training but this time in guerilla tactics similar to what was employed by Ashe and Mulcahy in Ashbourne. This would be used extensively during the Irish War for Independence.

Some rights reserved by mikemac29