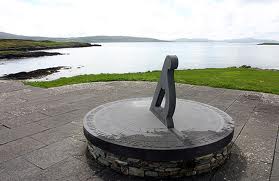 The Irish Independent looks at the crashes and disasters in Irish air transport history. Sad, tragic but compelling:

April 15, 1948 30 killed
PAN Americans Lockheed Constellation was en route from London to Shannon when it crashed into a stone fence short of the runway.The investigation revealed a light showing flight instruments had broken, but was not repaired because of a shortage of spare parts, meaning the pilot could not accurately gauge the