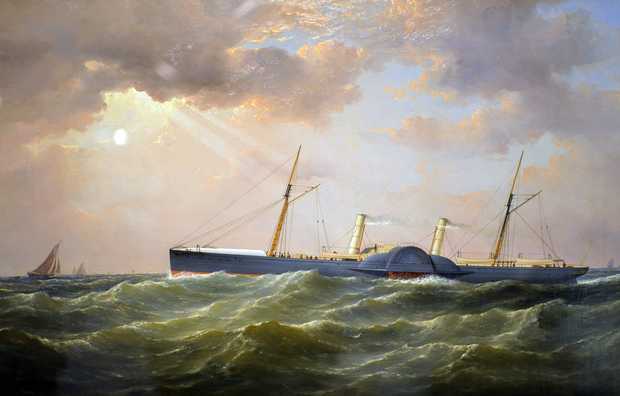 For sure not very linked to Ireland, but a fascinating story all the same!

BANSHEE – named after the Irish spirit said to predict death – was a ship that lived up to her name – moving swiftly while coming and going without warning.She was built in Liverpool as a blockade runner in the American Civil War and was surrounded by political and naval controversy .Eleven southern slave states broke away from the United States and formed the Confederate States of America. Fighting began when Confederates attacked Federal-held Fort Sumter in South Carolina on 12 April 1861.Britain was officially neutral but business interests supported the Confederates because of the cotton trade. Hundreds of businesses and many thousands of jobs in Liverpool, Manchester, Lancashire and neighbouring areas were dependent on cotton.

via Maritime Tales: Story of the Banshee – built in Liverpool as a blockade runner in the American Civil War. – Features – Lifestyles – Liverpool Echo.