Gillian O’Brien is the author of The Story Of The 1798 Rebellion. 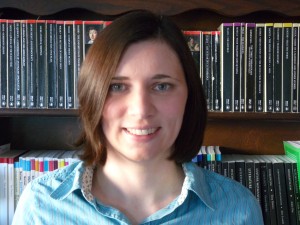 Gillian O’Brien has a BA and MA in history from University College Dublin and a PhD from the University of Liverpool. Her MA is a study of the newspaper of the United Irishmen, The Northern Star and her PhD is an examination of Anglo-Irish relations around the time of the 1798 Rebellion and the Act of Union.

More recently, she has been working on urban history and is particularly interested in the histories of Dublin, London and Chicago. She has recently returned from a residency at the Newberry Library in Chicago where she was a Fulbright Scholar.

She is currently writing a history of Irish Republicanism in America in the late-nineteenth century. The main focus of this work is the brutal murder of an Irish doctor, Patrick Cronin, in Chicago in 1889. Cronin was accused of being a British spy appointed to infiltrate Clan na Gael and his naked and badly beaten body was discovered in a Chicago sewer. An Irish-American detective appointed to investigate his disappearance was eventually charged with his murder and the subsequent trial made headlines all over the world. Fenian and Clan na Gael involvement in the invention of the submarine and the ‘dynamite campaign’ designed to blow up key targets in London such as Scotland Yard and the Houses of Parliament are also included in her study.

When not teaching, researching or writing Gillian is likely to be found walking by the sea, taking photographs, building bookcases, making jam, desperately trying to save her herb garden, doing yoga, contemplating a running/kayaking/cycling challenge or, most likely, playing badminton.