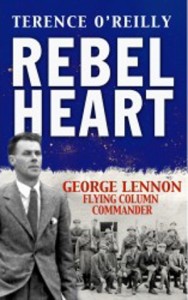 7 Responses to "George Lennon: A Different Kind Of Irish Hero"