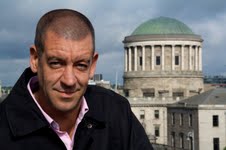 The Limits of Liberty

Reviewer: Cathal Brennan  The blurb for Diarmaid Ferriter’s new three part series for RTÉ states that, ‘it is the story of how governments of the early decades of independence were preoccupied with one overriding issue, power.  Power held by small elites in what would become one of the most centralised countries in Europe.’  The programme focused on the movements and individuals who challenged the status quo in Ireland during this period.  The series set itself a very difficult task in trying to condense ninety years of Irish social history into three hours and unfortunately it did not succeed.

The range of issues covered was simply too vast and Ferriter didn’t have the time to delve into many of them in any detail.  Topics such as the role of women in Ireland in the 20th century, the transformation of rural Ireland or the role of the working class required programmes in their own right to cover them sufficiently.

The limits of television

Part of this problem is the medium of television itself where stories need to be condensed and simplified to fit the running time of the show and it would be interesting to see how much ended up on the cutting room floor. 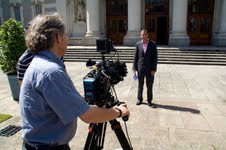 Frustratingly, when the programme would reach a really interesting subject rather than exploring it in further detail they would have to skip onto another area, but again these are the limits of the medium rather than any limits of Feritter as a historian.

To give one example, when the second episode dealt with the grinding poverty of native Irish speakers on the islands off the western seaboard, and the failure of the state to provide any financial assistance, the question of how politicians could square this with their stated aim of restoring the language was not asked.

The main theme running through the programmes was the failure of successive governments to implement the Democratic Programme, which was adopted by Dáil Éireann at its first meeting in January 1919.  The Democratic Programme was co – written by the leader of the Labour Party, Thomas Johnson, and articulated most of the demands and aspirations of the labour movement in Ireland.

Some historians have referred to its adoption by the Dáil as a cynical exercise to gain the support of the Irish working class, and the international socialist movement, for the independence struggle.  It’s hard to argue with this assessment as Cumann na nGaedhael forged a new state that was deeply conservative and primarily represented the prejudices of a rising Irish Catholic middle–class who sought to suppress the militancy of workers and small farmers that had been let loose during the revolutionary period.

It’s hard to argue with the assessment that the new state was deeply conservative and sought to suppress the militancy of workers and small farmers that had been let loose during the revolutionary period.

Ferriter, as a scholar of de Valera, did much to demolish the accepted narrative of the early period of the Free State as one where Cumann na nGaedhael are the undisputed good guys of the period.  The reality is rather more complicated and the notion that de Valera created the conservative confessional state, rather than inherited it, is still prevalent to this day.

If anything Cumann na nGaedhael and the Inter Party governments were even more deferential and obsequious in their dealings with the hierarchy.  Cosgrave at one time proposed an ecclesiastical council to vet Dáil legislation to see would it be in accordance with Catholic social teaching.

Covering the abuse of children, and of power, by the Catholic Church during the twentieth century was likely to lead to fatigue on the part of the viewer as there has been a torrent of articles, television programmes and books on the issue in recent years but Ferriter handled the issue well.

His description of the story of Peter Tyrell, who tried in vain for many years to get some redress of the abuse he suffered in a residential home, before setting himself alight in a park in London, still managed to shock despite the many horrific stories we have already heard on this subject.

One of the most interesting stories was that of the Unemployed Protest Committee and the election of Jack Murphy to the Dáil.  His eventual resignation, and the role of Archbishop John Charles McQuaid in pressuring him to break with the UPC, led the Irish Democrat to refer to the incident as ‘a second Browne case’ after the controversy surrounding the resignation of Dr. Noel Browne.

It occurred during the 1950’s, a decade of high unemployment and economic stagnation where the failure of the Irish political elites to deliver on the promise that independence would solve Ireland’s social and economic problems was never more apparent.  This is definitely one documentary idea RTÉ should commission.

The series needed to be expanded to at least one, maybe two, extra episodes to do Ferriter’s narrative justice

A good but flawed series

The series needed to be expanded to at least one, maybe two, extra episodes to do Ferriter’s narrative justice.  It’s remarkable that in 2001 RTÉ broadcast a four hour hagiography of Des O’Malley yet we have never had a similar television series on de Valera or Cosgrave.

As a piece of television, the programme makers could have made more use of archive footage instead of relying so much on Ferriter delivering pieces to camera.

Archive footage accompanied by a voice over would have worked far better than the endless shots of Ferriter drinking a pint, eating a fry and so on to illustrate the point he was making.

The use of enlarged photographs in the Mansion House to represent the First Dáil didn’t work either and it’s a shame the programme makers didn’t exploit the creative opportunities afforded by the recent developments in graphics and animation more.

Overall the programme was enjoyable and informative despite its flaws.

Ferriter has made a reputation for himself as one of Ireland’s most well known and accessible historians through his work on radio and television and hopefully the series will inspire RTÉ to devote more resources and screen time to Irish historical documentaries.

Note: A previous version of this article stated that RTE taped over part of their archive to save money. It was in fact due to the limitations of the technology at the time, which could not store large volumes of material. 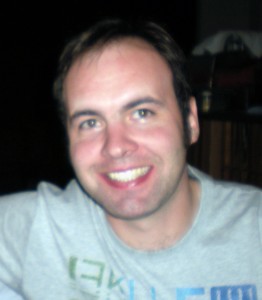